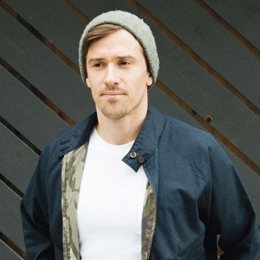 James Dawe is an artist and commercial illustrator/image maker based in London, working predominantly in mixed media collage and digital manipulation. His compositions have been described to have ‘beautiful glorious chaos’ to them which reflects an alternate eclectic energy in Dawe’s approach.

James' combines wide ranging source material seamlessly, to generate his own unique perception of reality.  In his carefully thought out compositions, there is a constant desire to intertwine fashion, sport, mechanical structure, and photography to produce original visions. Having successfully managed the median between his design portfolio and fine art, he has worked for various clients including; Nike, Wired, New York Times, Bloomberg, and Network Rail.

► View all of James's Projects